The Animals are Restless

Whoever invented daylight savings did not have children. It has been one day over a week and we're still not in sync with the clock. Who made the mistake of telling the animals that bedtime comes after dark? Now Thing2 (who is over 2 years old) reminds me every night at bedtime, "But its not dawk yet!"

Right now the animals are outside with DH. They are supposed to be entertaining the dogs. Yes, you read it, dogS. Plural. We are the proud owners of, not one, but two canines. DH went to the lake last fall and came home with a great prize...Blue Bell. We are very proud of our new lab + springer spaniel = mutt. Her accomplishments include doubling in size, learning to sit, stay and lay down, and mastering the doggy door. She is intersted in chasing birds, digging, playing fetch, and wrestling a beagle less than half her own body weight.

Back to the things...they are outside squealing and laughing, basically enjoying the extended sunlight. What am I going to do when 7:30 pm rolls around. They will still be squealing and laughing. They have to be in bed early because Thing1 started kindergarten last fall. Tomorrow is a school day. These are the mornings I really feel like a mom. The best is waking up and realizing that I don't have a slice of bread on which to smear the peanut butter. Or getting to school and realizing the regular door is locked, so I have to walk Thing1 to class. Then I get to unload Thing2, who is still in her pajamas. I am still wearing my hair in my nightly topknot, and haven't tied the shoes that I slipped my bare feet into. Thankfully I decided to change into clothes instead of throwing a jacket on over my nightgown. Oh great, PTA president alert! Ugh, she spots me...she is eagerly approaching, wanting to discuss the next fundraiser, and I realize that I didn't even take 30 seconds to brush my teeth. GROSS!!!!!!!!

Thing1 was a horse for Halloween when she was 2. She kept telling everyone she was going to be a princess. We were in the middle of a move, and I kept her princess costume unpacked and ready for easy access. Three days before moving she reported, in her sweet, toddler voice, "My like to be a horse!" Great...time to ditch the princess costume (which we used the following year to complete the Rapunzel look). I set out on a horse costume hunt and felt very relieved to find one at Wal-Mart, size large and very warm. It was actually perfect because our new home welcomed us by inviting sleet to trick-or-treat that year. Why am I telling you this? Well, if you've read my previous posts, you know that Thing1 is a horse fanatic. And today we found out that she is officially the perfect dimensions to fit a horse costume, size large. She came trotting out of the playroom, and Thing2 announced, "This is my fossy." (toddler-speak translation: horsey) We had just finished watching a movie in which a horse throws its rider. Thing2 proceeded to climb on Thing1/Fossy's back. Thing1 reared back to throw Thing2, who giggled uncontrollably. Restlessness...which is why they are now outside playing.

**Disclaimer--All animals were corraled in the backyard during the making of this entry.
Posted by Moma at 4:50 PM 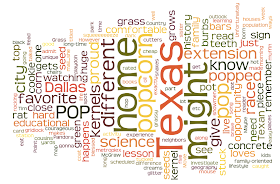 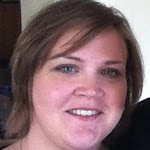 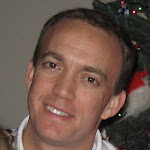